What happened to Chronicle for iPad

The most important part of a journaling app is the writing it contains. Frequent changes and fancy features distract from the writing. With that in mind, I've generally been happy to leave Chronicle alone and only put effort into keeping it reliable. This approach has likely driven some customers to apps like Day One.

Over time, particularly after iOS 7, the app became difficult to update at all. It was no longer possible to open Xcode and make a couple quick changes. I was facing out-of-date libraries, deprecated APIs, new artwork requirements, and codesign issues.

I grew tired and guilty each time someone emailed me about a crash or strange behavior and started working on a new version of the app and tried to take advantage of new iOS features while maintaining the same basic look and feel. This took me far longer than I planned. Dangerously long.

A couple days ago the new version was released and feedback has been great. Quite a few people have expressed confusion over the new interface so I thought I'd post an image that maps common buttons in the previous version to the new version. You can click the image for a larger version. 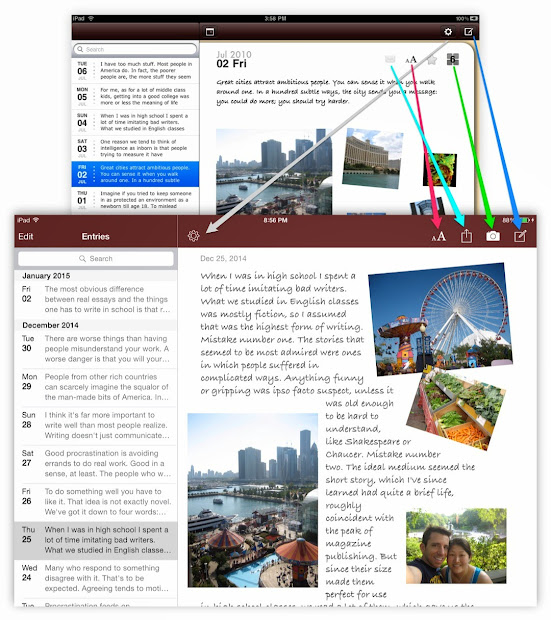