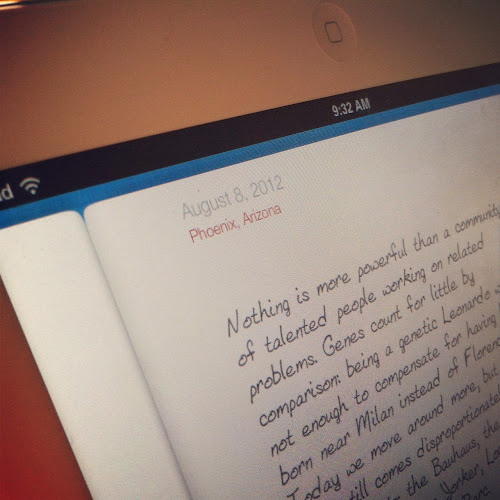 The original Chronicle for iPad app isn't going anywhere, but there is a brand new version for those that want a more focused writing experience and automatic sync over iCloud.  The new Chronicle app supports multiple journals, lots of fonts, automatic backups to Dropbox (and iTunes File Sharing).  You can also search everything you've written within a notebook and do it faster than any other app out there. There are fullscreen modes for reading and writing; the emphasis is really on what you have to say and what you've already said.  That's the value, and it won't fade over time.

If you're shopping for an journal app, look over the features of each.  If you're already using Chronicle for iPad, you can easily import your content to the new Chronicle 2 using the backup/import feature.