Over the years I've heard from users that rely on Chronicle and Chapters for timestamped notes. Some people prefer it when journaling, often appending snippets of text throughout the day. Others use it to create logs of what they do at work, perhaps emailing it to their boss at the end of the day. Lawyers build a textual timeline of the events in a case (and then enter the info in a desktop program similar to Excel that builds case logs).

I just released a lightweight app specifically built for this and it's called Stampnote. It works on iPad and iPhone. Right now you can export your notes as CSV files that can be previewed, opened in another app, or viewed in Excel. 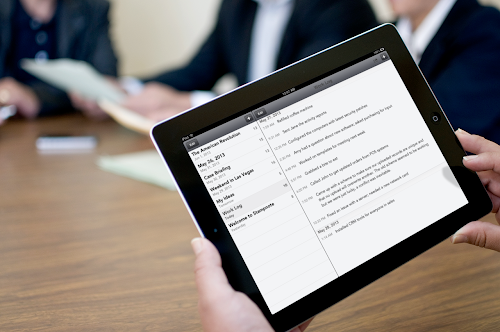 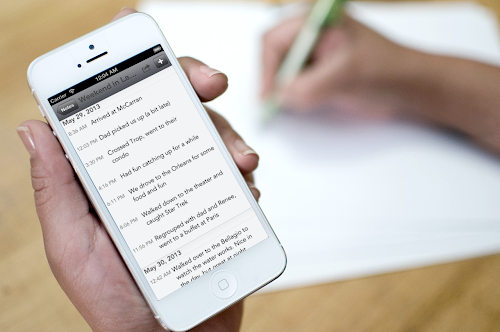